Josh Reynolds will be a familiar name to Black Library readers and fans of the Charles St. Cyprian Occult Detective stories. After all, as Josh puts it himself, he's a freelance writer, and good at it. Fortunately for SHARKPUNK, Josh has penned a brand new Occult Detective story for the anthology, entitled Deep Red Bells. Here are his thoughts on all things SHARKPUNK...


Sharkpunk: What, do you think, is the reason for people's enduring fascination with sharks?
Josh Reynolds: Can I say pants-wetting terror? No, but seriously, I'd guess its for the same reason that people are fascinated by wolves, bears, and any other animal big enough to eat us. There's a thin line between fear and fascination.

SP: What was the inspiration behind your story, Deep Red Bells?
JR: Mostly, I just really, really wanted to write about a ghost-shark... I'm a simple man, really.

SP: What challenges, or surprises, did you encounter in writing your story?
JR: The same as always, really. I know the beginning, I know the ending, but that bit in the middle? That bit's the annoying part of the whole deal.

SP: If you had to pick a favourite shark, which would it be?
JR: I like hammerheads. They're just so freaky looking. Like, you know, one of those things... its a tool?... you use it to hammer things?...a wrench, that's it! They look like wrenches. Freaky. 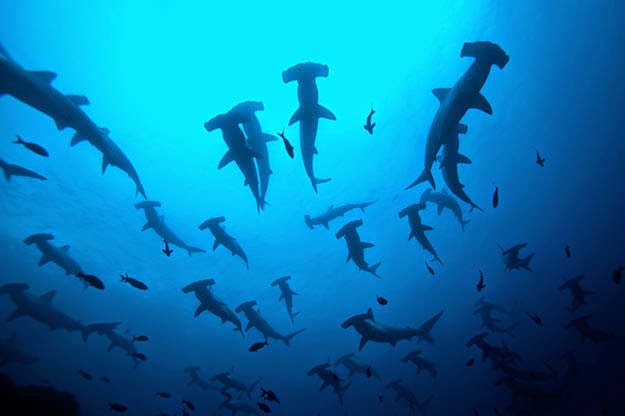 SP: Do you have a favourite fictional shark (in books, comics, films, or video games)?
JR: Hookjaw. Hookjaw is the best.

SP: What's coming next from Josh Reynolds?
JR: The third Royal Occultist novel, The Infernal Express, will be out later this year. It finds St. Cyprian and Gallowglass (the protagonists from Deep Red Bells) aboard the Orient Express, fighting to keep the skull of the world's most infamous sanguinary aristocrat out of the hands of vampires, secret agents and a Satanic cult. If readers want to catch up on all of the occult action before then, they should feel free to check out the first two books in the series, The Whitechapel Demon and The Jade Suit of Death, both available on Amazon.com or from the online retailer of your choice! 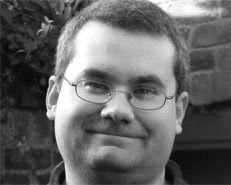 Josh Reynolds is a freelance writer of moderate skill and exceptional confidence. He has written a bit, and some of it was even published. His work has appeared in anthologies such as Miskatonic River Press’ Horror for the Holidays, and in periodicals such as Innsmouth Magazine and Lovecraft eZine. In addition to his own work, a full list of which can be found at http://joshuamreynolds.wordpress.com/, Josh has written for several tie-in franchises, including Gold Eagle’s Executioner line as well as Black Library’s Warhammer Fantasy line.

And if, after finishing Deep Red Bells, you’re interested in reading more about Charles St. Cyprian and the Royal Occultist, make sure to check out http://royaloccultist.wordpress.com/.