400 year-old Greenland shark is the oldest vertebrate on the planet!

Grey, plump and growing to lengths of around five metres, the Greenland shark is one of the world’s largest carnivores. With a reported growth rate of less than one centimetre a year, they were already thought to be long-lived creatures, but just how long they lived for was something of a mystery.

That is, until Julius Nielsen and an international team of researchers set about determining the age of 28 female Greenland sharks, collected as by-catch during scientific surveys between 2010 and 2013. 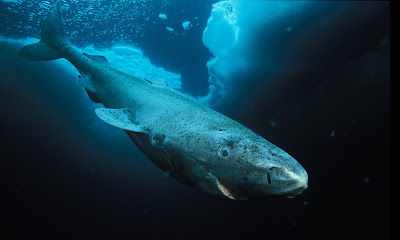 And here's the record-breaker. She was born during the reign of James I, she was a youngster when the Great Fire of London raged, she reached adulthood around the time of the American Revolution, and lived through two world wars.

To read more about this story, click this link.

Now wouldn't it be great if somebody submitted a story for SHARKPUNK 2 about a Greenland shark. Oh, hang on, somebody already has. ;-) 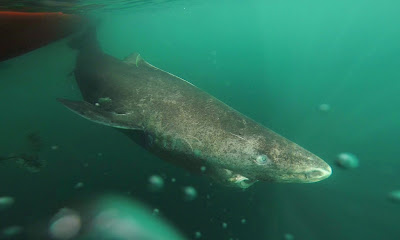 Posted by Jonathan Green at 12:12 No comments:

In the taut thriller The Shallows, when Nancy (Blake Lively) is surfing on a secluded beach, she finds herself on the feeding ground of a great white shark. Although she is stranded only 200 yards from shore, survival proves to be the ultimate test of wills, requiring all of Nancy's ingenuity, resourcefulness, and fortitude.

The Shallows opens on Friday 12th August and you can find out more about the movie here.

SHARKPUNK and The Best Horror of the Year Volume 8

Ellen Datlow has published her long list of Honourable Mentions for The Best Horror of the Year Volume 8 and I'm delighted to report that no fewer than seven SHARKPUNK stories have made the list. 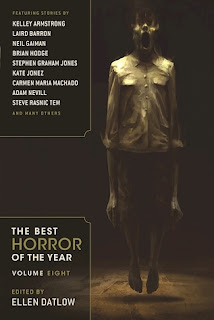 Although they did not make the final cut for this benchmark anthology, to receive such an Honourable Mention is no small matter.
So congratulations to Den Patrick, Richard Salter, Steve Savile, Andy and Amy Taylor, Ian Whates, Jenni Hill and Gary McMahon*. 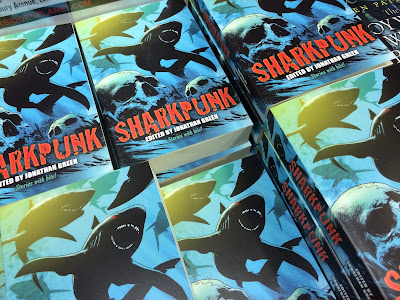 * One of Gary's other stories, however, did make the collection. :-)
Posted by Jonathan Green at 23:52 No comments: