So yesterday this happened... 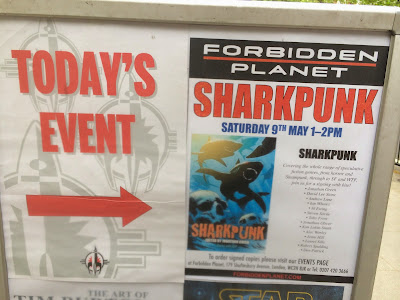 Not quite knowing how the event would pan out - there were eleven authors in attendance and myself - I prepared a few words but, as it turned out, the signing yesterday wasn't the place for them, so I'm going to post them here instead.

First of all, I want to say a big thank you to everyone who came along, keeping us all busy signing copies of SHARKPUNK, thank you to Snowbooks, particularly for the banner which everyone signed, and thank you to Forbidden Planet for hosting the event. There were shark-themed tablecloths, rubber sharks, shark teeth, shark cakes, shark biscuits, and even a huge flying shark which spent most of the time menacing the Starship Enterprise. 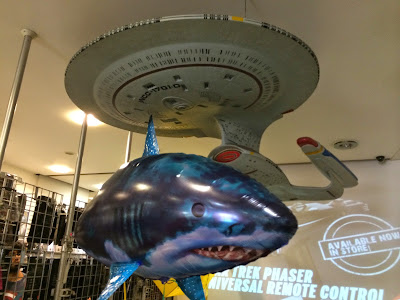 But most of all, I want to say thank you to the writers who contributed to SHARKPUNK - those who weren't able to attend the Forbidden Planet launch, as well as those who were - for taking a crazy idea and running with it. 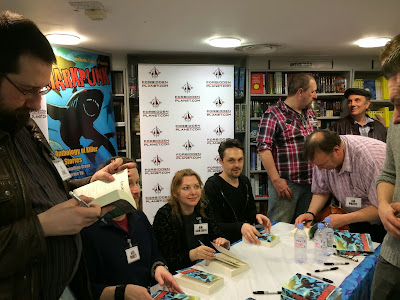 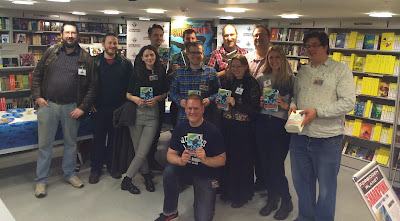 Who would have thought that a throwaway comment on Facebook about calling the genre of terrible shark movies (like Sharknado) Sharkpunk would have brought us to this moment, a month from Jaws' 40th birthday, with an anthology of shark-related stories receiving rave reviews all over the Internet?

If you weren't able to attend the launch, you can order your own signed copy from Forbidden Planet here. 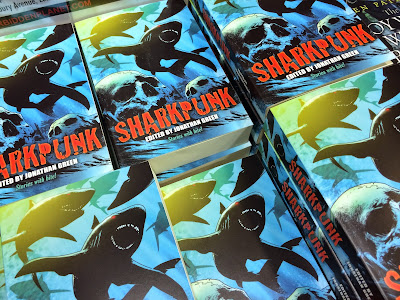